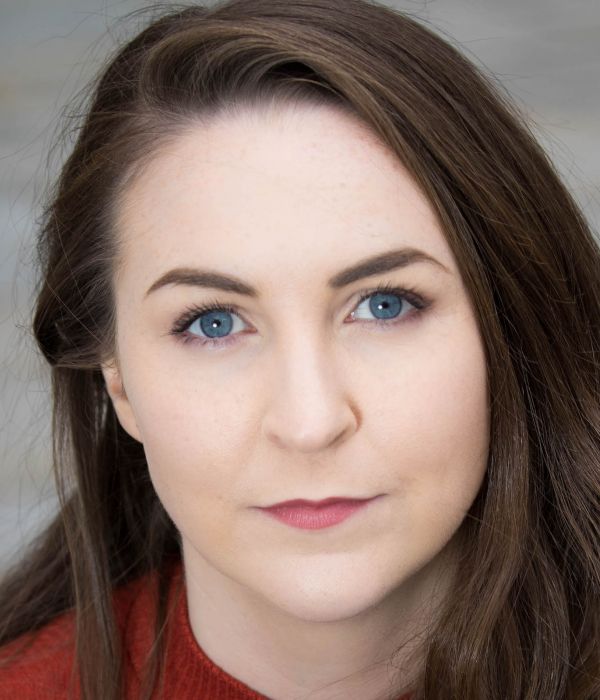 Katie O'Kelly is a voiceover artist, playwright and actor based in Dublin. She was Artist in Residence at the Belltable, Limerick in 2018 where she developed her new play, 'Displace'. As a performer, Katie most recently completed a National Tour of her adaptation of James Joyce’s 'Dubliners' short stories, 'Dubliners Women', (dir. Sarah Baxter). In 2016, she wrote and performed her solo play about Palestine, 'The Olive Tree', (dir. Davey Kelleher), premiering in the New Theatre and then touring to the HIFA Festival, Zimbabwe. Her solo show 'Counter Culture', about retail workers’ rights and zero hours contracts, toured nationally and to the Edinburgh Fringe Festival. 'Counter Culture' was created as part of the Show in a Bag initiative supported by Dublin Fringe Festival, Fishamble: The New Play Company and the Irish Theatre Institute. She has toured extensively with the solo show 'Joyced!' written by Donal O’Kelly, for which she was nominated for The Stage Award for Acting Excellence (Solo Performer Category) at the Edinburgh Fringe Festival. 'Joyced!' toured nationally around Ireland and to Norway, Finland and the UK, receiving a bursary to perform in the Brighton Fringe Festival. She performed multiple roles in the critically acclaimed 'A Portrait of the Artist as a Young Man' (The New Theatre) directed by Jimmy Fay, which toured internationally. Other recent stage credits include 'Ledwidge' (TNT National Tour), 'Hamlet' (AC Productions), 'King Lear', 'Romeo and Juliet' (Smock Alley National Tour) and 'Lockout' (The New Theatre). Katie is co-director of WitchWork Theatre Company.